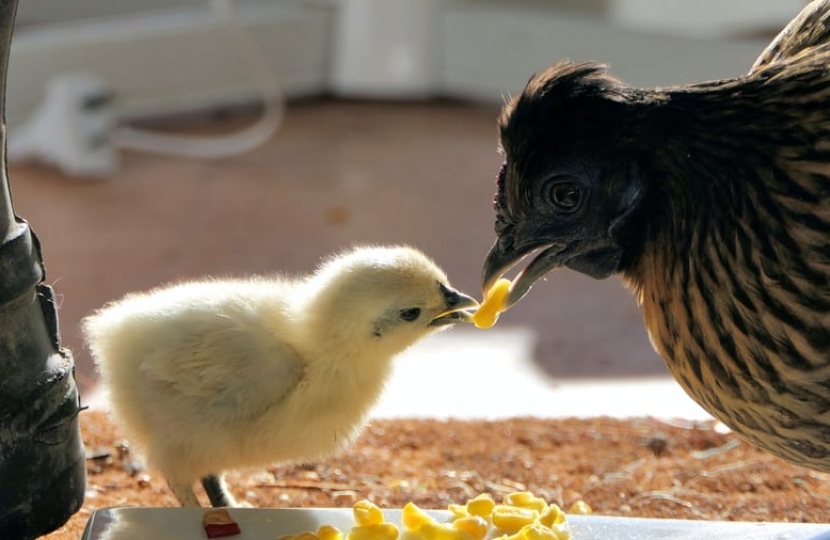 You may remember that back in the summer, the French Government voted to end the maceration or gassing of day-old male chicks, considered a useless by-product of the egg industry. Today, Italy has taken the first step in the same direction, by voting through an amendment that will introduce new legislation with the same effect. The Italian Senate is expected to confirm the ban early in the New Year.

The ban will end the cruel deaths of between 25 million and 40 million chicks every year.

Instead, the egg industry will detect the sex of chicks at a much earlier stage in development, while they are still embryos in their eggs - a technology called in-ovo sexing.

The ban should take effect from 2026, although Italy's largest egg industry trade body, Assoavi, has already committed to implementing the change much sooner.

Campaign group Animal Equality has been lobbying the Italian government for years on the issue and the head of their Italian branch, Alice Trombetta, says, "Today the Parliament has made a choice of responsibility and respect towards animals. The selective killing of male chicks which takes place every day in the egg industry can no longer be considered normal and today the Parliament has chosen to support our proposal."

In Britain, some 40m chicks are killed by gassing or maceration every year, although evidence has been found that some hatcheries simply tip thousands of chicks into plastic bags, causing the birds to be crushed and/or suffocated to death.

Vegan Conservatives call on the Government to follow the lead of Germany, France and Italy in supporting farmers to adopt in-ovo sexing and end the cruel practice of killing millions of baby chicks.