National Food Strategy - what you need to know 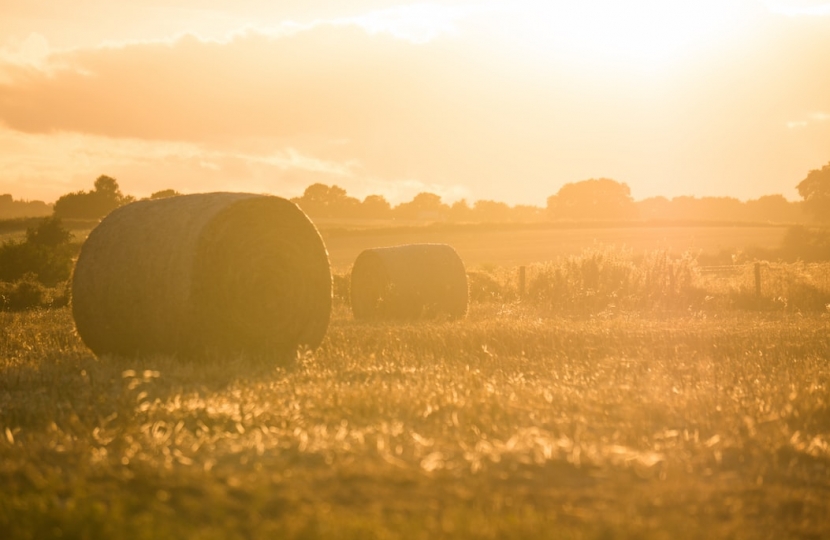 It has been welcomed by environmental organisations and animal welfare charities, such as Humane Society International, but has spawned the usual rhetoric from some quarters about meat being "essential to a healthy diet".

What the report recommends

- A sugar and salt reformulation tax, borne by manufacturers of unhealthy foods and the revenue of which subsidises fruit and vegetables for low income families.

- Creating a National Food System Data programme and enforcing mandatory reporting for large food companies (retailers, restaurants, wholesalers etc) to provide the Government and the public with reliable data, which will help to inform and evolve food policy.

- Supporting farmers to transition to more sustainable land use by guaranteeing the budget for agricultural payments until at least 2029 and creating a Rural Land Use Framework by 2022, to turn more acres back to nature.

- Investing £1bn to create a better food system, innovating in areas such as sustainable diets, alternative proteins (£75m) and reducing emissions from livestock.

- Strengthening government procurement rules to ensure that healthy and sustainable foods are prioritised within the 1.9bn meals a year it provides.

- A Good Food Bill to set improvements to diet in law.

What the report means

The National Food Strategy identifies the costs to human health and the environment of red and processed meats, and calls for consumption to be reduced by 30% within a decade. It questions why the 85% of UK agricultural land used for livestock contributes less than 32% of calories, and why intensive animal agriculture, which is linked to animal cruelty, antibiotic overuse and pollution, has increased 25% since 2011.

The report seeks to understand why, even though Britain has the capacity to grow delicious, healthy food, society has inched towards unhealthy, processed meals and subsequently poor diets and food poverty.

It endeavours to offer mechanisms that will engender healthy eating in young children with a renewed focus on food education, while supporting access to good diets for those of low incomes.

Seeing statistics like "beef is 25 times more carbon intensive than tofu per 100g of protein" may be a wake-up call to the government, which will now be weighing up the balance between improving human health, protecting the environment and reducing our carbon footprint - and appeasing the Big Ag lobby.

With COP26 just months away, the National Food Strategy is a timely focus for ministers to put world-beating targets in place that will reform our own food system and encourage other nations to do the same.

Most politicians appreciate that something needs to be done, but the topic is so large and complicated that it's difficult to know where to start. The report gives the evidence-based blueprint for reform that the Government needs.

What others have said

Reaction has been almost entirely positive.

Executive Director of HSI, Claire Bass, says, "It is imperative that the UK government listen and act decisively to wean the nation off the vast quantities of cheap meat that are wrecking our health, the environment, and causing immense suffering to billions of animals."

These sentiments are echoed by the Vegan Society, whose CEO Louise Davies, says: "Targets for meat and dairy reduction are essential for meeting our climate targets. We can be ambitious—the plant-based movement is rapidly growing: people want to eat meat alternatives for ethical, health, and environment reasons, and they need government intervention to make this the most affordable and accessible option. It’s no longer acceptable for the government to ignore what we eat when it comes to the climate crisis."

Minette Batters, the NFU's president, takes a different tack, saying, "...It is important that we do not throw meat into one blanket category and that we all make a clear distinction between grass-fed British meat and cheap imports. We should be considering British meat in its own category, recognising its sustainability and dense nutritional value. After all, scientific and medical communities agree it is a key part of a healthy, balanced diet, chock full of essential vitamins and minerals."

Chair of the Food Standards Agency (FSA), Prof Susan Jebb, says, "The National Food Strategy report deserves to be widely read and deeply considered by everyone with responsibilities for any part of our food system."

Over the coming months, we will be unpicking the National Food Strategy further still and lending our support to aspects of it that will help to navigate Britain to a future diet less dependent on unhealthy, intensively-farmed food, and more focused on healthy, accessible vegan nutrition.