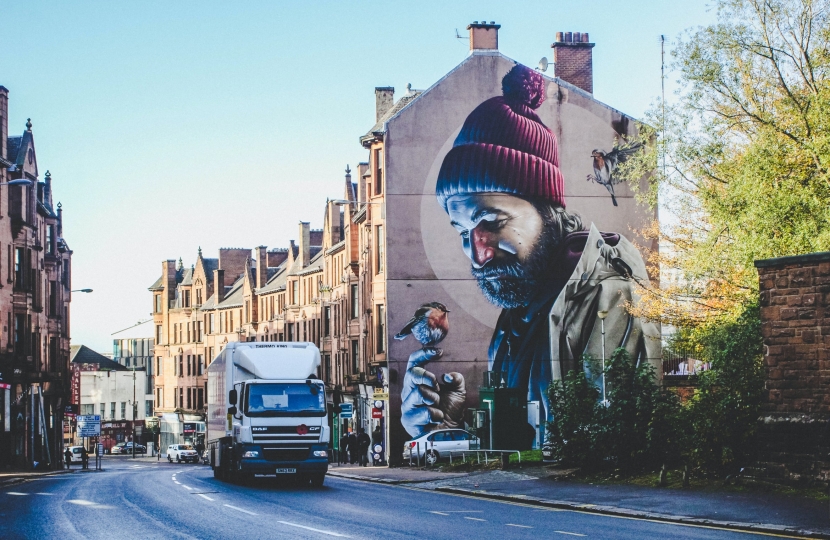 With COP26 in Glasgow just around the corner, the Vegan Conservatives are proposing 4 initiatives to reduce the impact of food on the environment, improve animal welfare and food security and reduce the burden on the NHS.

- Working with animal welfare organisations, supermarkets and farmers to set a date for an end to factory farming

- Serving only plant-based meals at the COP26 conference in Glasgow

For most households, a small change in diet is the quickest, most effective and cheapest way to reduce their carbon footprint. Choosing plant-based food over meat and dairy also improves health and saves money, as well as having a marked impact on animal welfare.

Globally, at least 15% of carbon dioxide emissions originate from animal agriculture and red meat is 10 to 100 times more damaging to the environment than plant-based alternatives. In the UK, the National Food Strategy already includes a recommendation to reduce meat consumption by 30% by 2030. The Vegan Conservatives believe that through economic measures, education programmes and government marketing, the country could move faster than that, setting targets to reduce red meat intake by 77% by 2024 and 85% by 2028 and to reduce chicken and fish by 65% by 2024 and 85% by 2028.

This would require a less-but-better approach to meat and dairy, while also embracing new technology to develop clean meat and plant-based meat. These should be included in the UK’s Industrial Strategy, with an incubator, National Centres for Excellence and a national prize for discoveries and commercialisation - and the predictions are that they will be responsible for 35% and 25% of meat consumption respectively by 2040.

For accountability, emissions from ruminants, fertilisers and other agricultural practices should be included in the Emissions Trading Scheme, as they are in New Zealand.

Meat, dairy and eggs may be convenient, but they are categorically not essential for a healthy diet. Processed meat and dairy leads to obesity, Type-2 diabetes and cancer and the effects of poor diet cost the NHS at least £6.1bn each year. The Lancet’s Planetary Health Diet advises Europeans consume 77% less red meat.

Public procurement is the first place to start, since government has a direct responsibility for the food purchased for schools, hospitals, prisons and the military. By prioritising healthy, British, plant-based foods, the UK will lead the way and develop best practice that other countries will begin to adopt.

Reducing meat and dairy intake is the only way to improve the environment, health, biodiversity, animal welfare and food security in one go.

Vegan Conservatives’ co-chair Graham Godwin-Pearson says, “The UK has a real opportunity - perhaps the last opportunity - to lead the way at COP26. We must set an example for ourselves and for the rest of the world. The most important step we can take is setting a date for the end of the cage age.

“Factory farming has not worked - it damages the environment, human health and food sovereignty and causes more animal suffering than anyone can stomach, in eye-watering levels.

“The changes we need to see cannot be the work of government alone - supermarkets and farmers must be encouraged to help with ensuring that progress is made and targets are met. And where households up and down the UK should follow, public procurement should lead.”

The Vegan Conservatives are also calling on the government to set an example by serving only plant-based food at the COP26 conference.

Graham adds, “How can we expect other countries to take us seriously when we’re serving damaging meat and dairy at the one event designed to influence global environmental policies?"