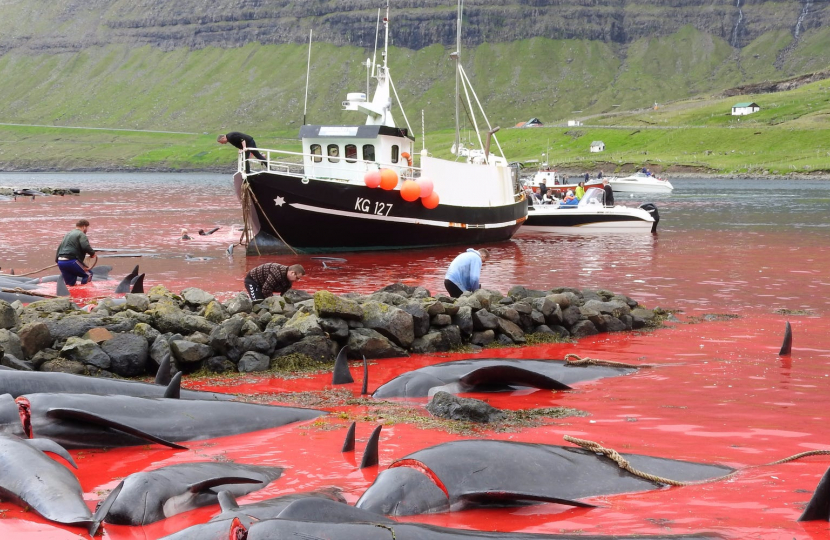 The Faroe Islands are well-known for their barbaric annual hunt of hundreds of pilot whales and dolphins, in which the mammals are herded into the bays of the islands and slaughtered - the whales with harpoons and the dolphins with knives. A cultural legacy that dates back centuries, it deters tourists and sees the beaches and seas turn red with blood.

Last year's slaughter attracted worldwide media attention and international criticism due to its scale, after 1,428 white-sided dolphins were butchered in a single day. The event was documented by the media and organisation like Sea Shepherd.

A poll published by Faroese broadcaster Kringvarp Føroya demonstrates that the tide is beginning to turn amongst locals themselves, with more than half now opposed to killing dolphins (although the majority still favour killing whales). This has crystallised a debate on the islands into a promise of a re-evaluation of the practice, which dates back to Viking times. Prime Minister Bárður á Steig Nielsen said last year, “We take this matter very seriously. Although these hunts are considered sustainable, we will be looking closely at the dolphin hunts, and what part they should play in Faroese society.”

However, no legislation has been forthcoming and time is running out for local politicians to table the substantial changes to curb this year's hunts.

While many other countries are unlikely to take an official view, the UK Government is positioning itself as a world-leader in marine conservation and cetacean protection, creating vast marine conservation zones in partnership with nations world-wide. Whaling products were banned from import to the UK in 1973 and Britain was one of 25 members of the International Whaling Commission, whose international moratorium on commercial whaling came into effect in 1986.

Some 20% of the Faroe Islands' global fish trade is with Britain, following a £100m free trade agreement signed last year. This puts us in a unique position to pressure the Faroese government to up their game.

Graham Godwin-Pearson, co-chair of Vegan Conservatives, says, "Suspending the 2019 free-trade agreement with the Faroe Islands until the unethical and barbaric slaughter of whales of dolphins is permanently banned there is the right thing to do.

"The hunt is a cultural legacy that plays no role in modern society and a forward-thinking approach to cetacean conservation will benefit the Faroe Islands in more ways than one - apart from anything else, making the islands a more attractive tourist destination."

There is currently a petition on the UK Parliament website and once it reaches 100k petitioners, the subject will be considered for debate in Parliament. 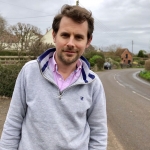