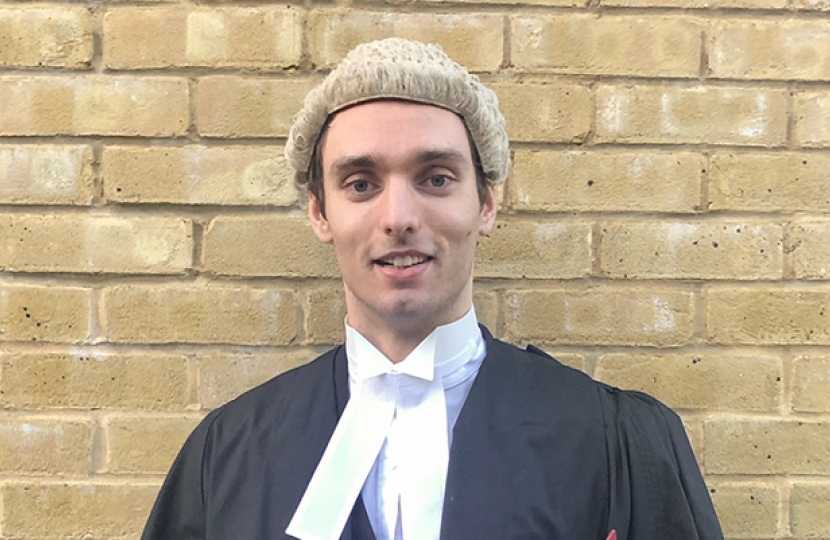 Samuel March, a pupil barrister at 5 Paper Buildings, has created a prototype wig made of hemp, instead of horsehair.

The traditional horsehair wig has been worn by barristers since the 17th century and was patented by Ede and Ravenscroft in 1822 - the company is still selling them.

Legal outfitters Ivy & Normanton are keen to offer the hemp version to their customers. Founder Karlia Lykourgou told The Telegraph, "There’s definitely a positive conversation to be had and we are interested. I’ve actually been shown a synthetic wig and it does not have the same quality as a horsehair wig. The legal garb that we wear is significant and it means something.

“We don’t want to dilute the quality of this garb that we wear, it’s a sacred uniform and it takes a lot to get there. A hemp wig sounds like it might have a similar quality to horsehair, there’s certainly a conversation to be had.”

Samuel March blogs about criminal, social, environmental and animal justice. The 29-year-old says on his Twitter account that the wig is “0 percent horsehair, 100 percent vegan friendly. What do we think? Will it pass in court?”

The Prime Minister's statement on the death of His Royal Highness The Prince Philip, Duke of Edinburgh