It's time to ban foie gras 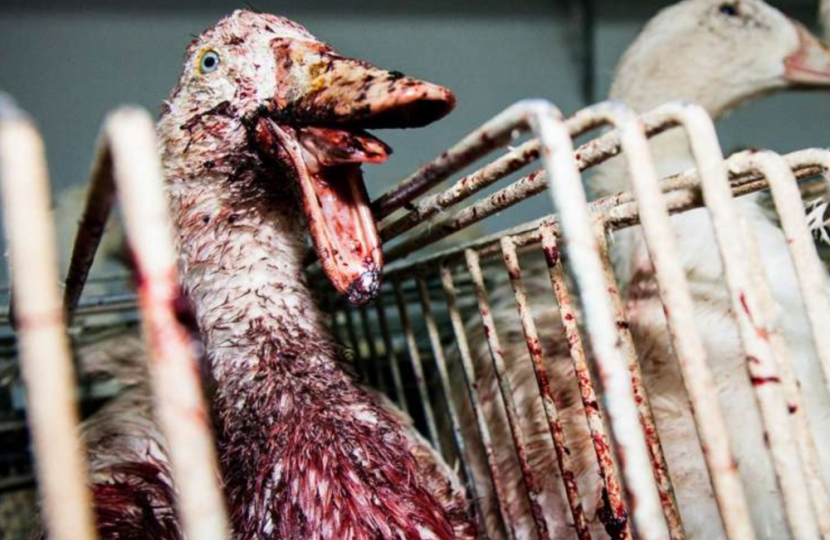 Foie gras is a classic example of a product that is made under conditions illegal in Britain but imported for consumption. Around 75% of foie gras is made in France; ducks and geese are overfed by force in order to fatten their livers to 10 times a healthy size to make the delicacy. During the fattening cycle, the birds are kept indoors and force-fed two or three times every day - a process called ‘gavage’, causing them “severe physical and psychological pain”.

The EU’s Scientific Committee on Animal Health and Welfare (SCAHAW) reported in 1998 that “force feeding, as currently practised, is detrimental to the welfare of the birds”. Production of foie gras is illegal in Britain, as well as much of Europe, Australia, Israel and Argentina, while India banned imports in 2014 and retailers including Tesco UK, Sainsbury’s, Waitrose, Lidl, Harvey Nichols, House of Fraser and Amazon have halted its sale.

Britain still imports 180-200 tonnes annually, even though a YouGov poll found that 79% of people would support a foie gras import ban, while a different study showed that a similar number would welcome an end to all lower welfare food imports.

We have a moral duty to use leaving the single market as an opportunity to halt the sale in Britain of animal products (including ‘finished products’) made under worse conditions than our own, including foie gras, and not to introduce lower welfare products.