Government to prioritise animal health and welfare on farms 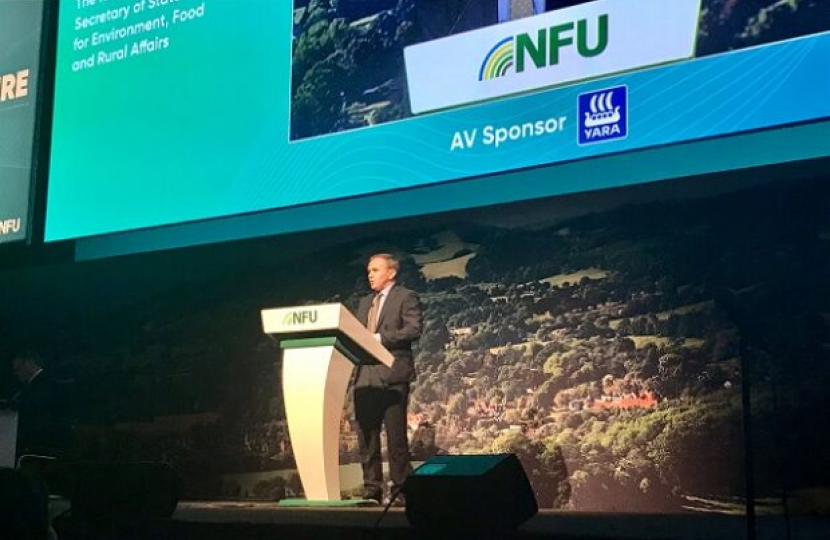 Environment Secretary George Eustice MP has set out his vision for the future of animal agriculture at the NFU's annual conference. He has announced long-awaited grants for animal welfare improvements via the Animal Health and Welfare Pathway, which will support farmers financially based on a sliding scale of animal health and welfare priorities.

These priorities will include:-

Mastitis and lameness in dairy cows are both symptomatic of the stress caused to the animals by being 'over-worked', that is, expected to produce more milk than ever before while standing for extended periods on concrete floors. This was the subject of a widely-discussed BBC Panorama last week. Stress is also the core reason for feather-loss in hens in close-confinement with no access to outside space or sunlight.

By extension, therefore, the Animal Health and Welfare Pathway should see reducing stocking densities of livestock and poultry, better access to natural light and proper grazing (just like the disingenuous pictures you see of happy animals on meat packaging).

The measures on health and welfare only become really meaningful when the Government's Net Zero objectives are factored-in with the need, as set out by the UN Climate Change Commission and Food Strategy for up to a 50% in meat and dairy consumption and a move to a plant-based diet. Animals should be raised on land and able to express all of their true natural behaviours, which are not possible in an indoor, intensive system.

It may also lead to a reduction in the use of preventative antibiotics, which has many other positive benefits.

In addition, farmers will be offered an annual visit from a vet of their choice to inspect facilities, take diagnostic tests, review medicine use and offer advice regarding animal health and welfare. This isn't quite the unbiased inspection regime we see from other organisations, like OFSTED, but it's a start.

Speaking about the changes, George Eustice says, "The Animal Health and Welfare Pathway is for those farmers who are in pursuit of higher profitability through better health outcomes, and it starts with an annual vet visit.

"Farmers will be able to have a vet of their choice, the family vet that they trust, and the government will pay. That vet will be able to help the farmer put together a plan for improved animal health and improved profitability on their livestock holding."

When the new grants scheme starts later this year, Vegan Conservatives will be watching with interest to see the advertised uptick in animal welfare, in particular whether farms that rear animals as quickly as possible to the detriment of their health receive less in funding overall than those that observe the natural growth rate of animals from birth to slaughter.

You can read the full text of the speech here.