The Einsteins of the Sea shouldn't be farmed 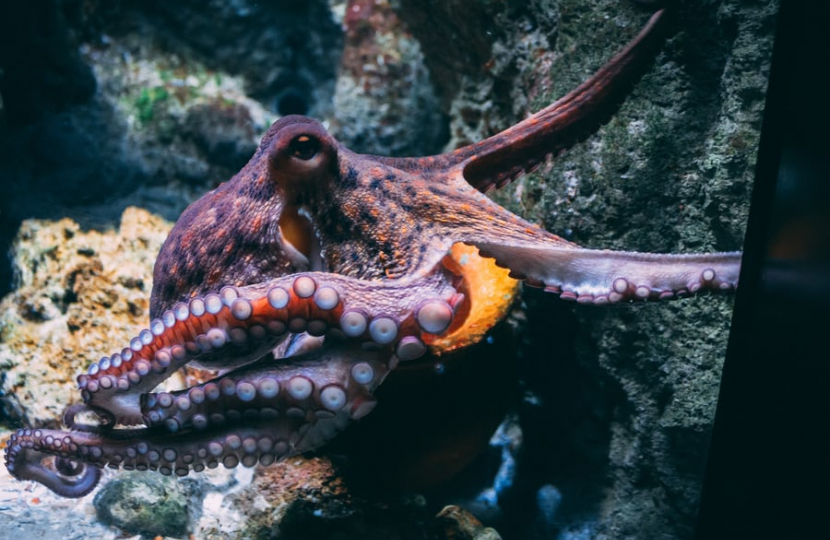 A Spanish fishing company, Nueva Pescanova, is proposing to open the world first commercial octopus farm in the Canary Islands next year.

This is such a disappointing and regressive idea. As we learn more and more about the sentience and complexity of these creatures, it is depressing that others are focussed on a commercial opportunity which will replicate the mental and physical suffering of land-based animals subjected to factory-farming. Most reasonable thought ought to tend towards retracting rather than expanding the industrial breeding and slaughter of animals as we come to better understand their internal life.

The Oscar-winning documentary, My Octopus Teacher, gave us a compelling insight into the intelligence and ingenuity of the octopus. The octopus has a large brain-to-body ratio. In experiments they can solve mazes and tricky tasks, squeeze themselves into and out of all types of shaped objects. Octopus can recognise individuals outside their own species including human faces. In the wild they use tools and engage in mischievous, clever tactics to hunt such as creeping up on a shrimp, tapping it on the shoulder with one arm to scare it into the clutches of their other arms. They protect themselves building dens with stones, shells used as shields to protect the entrance.

Up until now, this intelligence has served to protect the octopus from being commercially farmed with many companies struggling to work out how to breed and cultivate these animals on ‘scale’; for example the challenge of developing the right feed, keeping hatchings alive and creating optimal tank conditions and preventing them from escaping. Nueva Pescanova has the dubious honour of believing it might have overcome these issues to allow them to farm 3000 tonnes of octopus a year.

The characteristics of the octopus is likely to making their suffering even greater in farmed conditions. The octopus is generally solitary and likely to become aggressive and stressed when in proximity to others. They can eat their own arms in an attempt to escape unwanted situations. The octopus requires high levels of stimulation, having honed sophisticated ways of hunting and protecting itself. The idea of putting these animals in a barren plastic tank is pretty abysmal stuff.

A London School of Economics report of 2021 reviewed 300 scientific studies on the sentience of invertebrates (including octopuses). It found “very strong evidence” of sentience in octopuses and that they can feel pain and distress. Before people go out and enjoy marinated octopus, they should be aware that there is no real humane way to kill an octopus. Current methods include clubbing, slicing their brains and asphyxiation in a net.

Nueva Pescanova have not specified how big the tanks will be, how densely the octopuses will be kept nor how its slaughter process will avoid pain and suffering. The company claims that farming octopus will protect wild populations given that there is evidence they are in decline. One option rather than increasing demand by further mass “production” of octopus would be to increase the price of wild-caught octopus and to have it return to being viewed as a delicacy.

We seem, as humans, to be engaged in a strange cognitive dissonance where will watch a documentary such as My Octopus Teacher with wonder and admiration for this plucky and spirited animal, yet are prepared to countenance their perpetual captivity with all the psychological and physical suffering which will flow from that.

What can we do?

If you are concerned about the issue, the Minister on the Canary Islands for agriculture, livestock and fisheries is Ms Alicia Vanoostende Simili and the email address is consejera.agp@gobiernodecanarias.

PACMA are the Spanish political party against animal mistreatment and have organised recent protests against the site. Support can be provided by amplifying their information via social media.

This government could contemplate an import ban on farmed octopus. Certainly the UK consumer can lobby UK supermarkets against importing it.